It’s almost been two weeks before I decided to give my review on this phone that I purchased recently.

The original HTC Touch PDA Phone comes with only 64 MB RAM and 128 MB ROM, something that made its 1st generation users complain of screen lag and consume a lot of memory resources.

The 2nd generation model comes in two additional colors, burgundy and white and in addition, HTC has doubled its memory so it now comes with 128MB RAM and 256MB ROM. 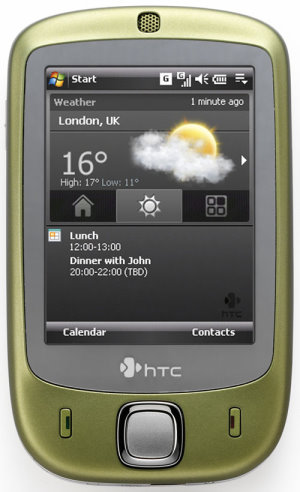 This new model runs Microsoft’s Windows Mobile 6 operating system, but it includes a system that, like the iPhone, lets you perform many tasks by running your finger across the screen.

In addition, this HTC device has a design similar to the iPhone, with a sleek shape and minimal buttons.

HTC has never come right out and admitted it, but it’s obvious that the Touch was created to compete with Apple’s iPhone. So how does it stack up?

The competition is pretty close, but I think the Touch comes out ahead, especially for appearance-conscious executives.

The iPhone offers some great multimedia capabilities, but it’s weak when it comes to the sort of features business users need, like the ability to work with Microsoft Office files. This is an area where the Touch excels, thanks to Windows Mobile 6 Professional.

Touch users can open, create, and edit Word, Excel, and PowerPoint documents in their native formats right on their smartphone. The iPhone has very limited support for Office files, and only as attachments.

Call quality and reception were fine throughout my usage with no issues there. The rear placement of the speakers is not ideal for speaker-phone conversations, but otherwise the Touch performed well as a phone.

I am still putting this handheld through its paces for battery life. So far, it has lasted over a day and the battery meter still show more than half full, with bluetooth option being activated.

Because a picture is worth a thousand words, here are a couple of examples of what this camera can do. 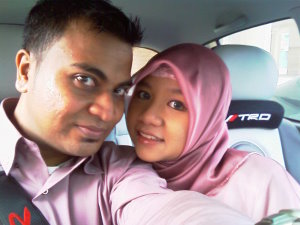 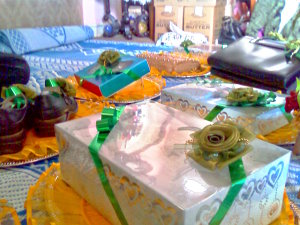 Part of the hantaran aka accompanying gifts for the bride ( I was at the groom place when this shot is taken ). 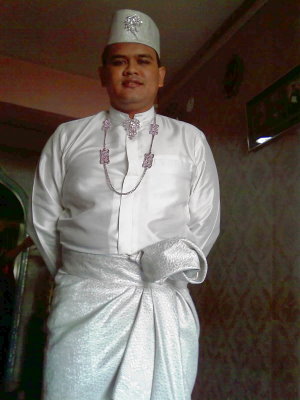 The groom himself. I was his best man, his best driver and his best witness for his blissful marriage ceremony 🙂

So to wrap it up, there’s a lot to like about the HTC Touch. It’s small, sleek, and yet still powerful with its easy fingertip-friendly application launcher, Wi-Fi and bluetooth . It definitely a solid competitor for the iPhone.It’s not for everyone, though due to its minimal buttons. If you write a lot of emails or text messages on your smartphone, you’d be better off with a model that includes a built-in keyboard.

Sempat selit gambar in between ur HTC topic haha. Neway, ur phone looks to be a good choice. Im still surviving wit my phone. So far so good, just tat was upset over their calendars therefore thought of getting myself a HP PDA.