It has been more than a year since Nintendo announced the name of their console, Wii.

Nintendo has mentioned that consumers will warm up to the name. But how many of us actually like the name Wii? The name “Wii” doesn’t immediately bring to mind a gaming console. 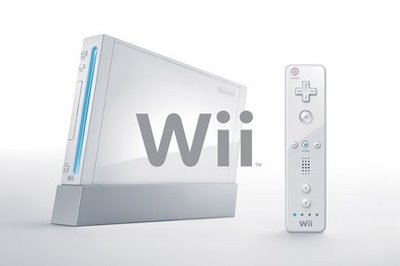 Also, it has been said that Nintendo wanted a name that would create no confusion. This is a good point: There are people that know little about games and walk up to the game store counter and ask for “GameBox”, “PlayCubes”, and even “Playstation 360”. Since Wii is a totally different name, the average consumer shouldn’t confuse it with Xbox and Playstation, right?

Well it would help if the correct pronunciation was more widespread. Those not in the know would pronounce it as “why”, seeing that “wi-fi” looks similar to it, rather than correctly as “we”. I’ve even heard people pronounce it as “double you two”, if you take the I’s as roman numerals. Let’s not even get into the piss jokes, which unfortunately are still pretty common when bringing up the topic of Wii.

Nintendo should have listened to the consumers, most of who were begging for a name change. The only advantage of the Wii name is that it is short, 1 syllable. Another one syllable name could have been chosen to get their point across, instead of being stuck with Wii.

132 replies on “Nintendo Wii: thoughts on the name one year later”

But, the name worked… It became such a viral name, that people were soon talking about it and news about Nintendo’s new console’s name were all over. You have to admit it turned out to be a good marketing strategy.

Yeah, I guess its the same effect as that Rihanna – Umbrella song. Highly addictive and playing it all in your mind. Hehehe 🙂

I’m talking about Wii here. Watch out for my review on I-phone though (coming soon) ….

my colleagues here were on a campaign to convince our CEO to get a Wii set for the office.. its called W(ii) want Wii! hmm.. didnt manage to pull through tho..

to me i tink its just the name thats all hyped up.. it is afterall from one of the biggest game developers, Nintendo.

well, for me my NDS Lite is just enuff.. W(ii)cked!

its pronounced as Wiw! as in ‘wow’. WIW!

Wah so good ah ? Can campaign to get Wii in office ah ??
Haiz, if only the current company can have such luxury at the pantry. Sure everyday go and play ah…

But wait, we got no pantry at the new workplace !!

Ok that was irrelevant!

Don’t love it too much. I heard its a bit unstable when playing certain extreme games though. (READ: Hardware failure aka crash!!).

Have to send the whole thing for repair. I think PS3 will soon overtake its popularity though.

i think the name is unique

i tot initially its pronounced ‘why’ but it’s ‘we’

i think if i were to buy it, habis, tak kerja i