Yesterday, Dearie and I took a short trip down to Tampines Mall, with the intention of catching the latest 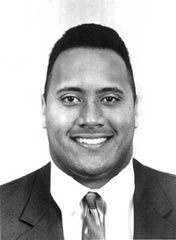 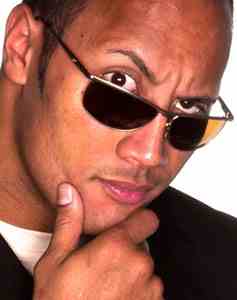 Of course, she is flabbergasted upon seeing her favorite wrestler sizzles on screen. While the Rock’s latest film is fantastic and stream down to its gaming tradition, there is something else that made me wonder on after the movie had ended.

During one of the scene, when Al Weaver aka The Kid, is confronted with 20+ civilians in one research room, he was tasked by Sarge to LEAVE NONE ALIVE as the quarantined procedure have been breached.

However, his conscience prevented him from doing so. Furthermore, its women and children that comprises 75% of the civilians in the room. There is also a possibility that they can be saved from being mutated. In the end, Sarge put a bullet on the Kid’s head, citing failure to comply with orders given by superior.

Now, coming from a para-military background (only SCDF is considered para-military, not SPF as its following standards set by MINDEF, well at least previously), I know that you are suppose to obey the chain of command and follow the orders set by your superior. This has been long established in the history of the army and it has been recognised by many.

But what happens when such an order is given out from your superior, given such circumstances? Putting the law aside and placing compassion and humanity above others, do you think that such an order should be carried out. In reality, I have not seen such an orders being passed on, at least, not in the public media.

Showing this kind of command may led to diplomatic dispute and probably incur the wrath of government bodies and the nations all over the world. However, such actions may still be carried out.

This thought of mine continued later on when I watched Behind Enemy Lines that night. One man, shot from his plane, crashes down to foreign, hostile land and is being pursued before media attention is diverted to the information captured by the pilot that can possibly be used against the hostile enemy.

Again, there was a scene whereby they used media attention to inform that the pilot have been caught, and worse, they use the term Muslim guerillas as a decoy to update the media that the killings were NOT done by them but by another set of extremists instead.

Of course such actions are being condoned upon but once again, the Muslims are being thrown into the limelight all for the wrong reasons.

135 replies on “Orders vs Compassion”

Katak, ur kapoosh is like multiply. Was it meant to be? hehhe.. Was it the one u invited me to?

Are you using Firefox? Can’t view your banner image in it. Kalau pakai IE lak, some of your text in the entry is missing.

Banner image as in top centre image. It didn’t load in my Firefox.

And I’m not sure if it’s meant to be as such but from “…catching the latest Dwayne Johnson aka The Rock flick”, you then see the two pictures then the following text in IE “…latest film is fantastic etc”.

The paragraph didn’t really flow. When I opened in Firefox, I could see the missing text. I think in IE, even though the pictures are nicely aligned, the text are covered up by the pics?