There are two ways to review this movie. The right way is to look at it objectively, examining how the film is put together and picking apart the script by pointing out the gaping logical gaps present in it.

I’ll be reviewing the film the wrong way, as a man who was once a little boy crying because Optimus Prime was dead. Now whatever is left of that kid inside me has had a wakeup call. The movie he’s been waiting twenty years to see is finally here; Optimus Prime is back from the grave !!! 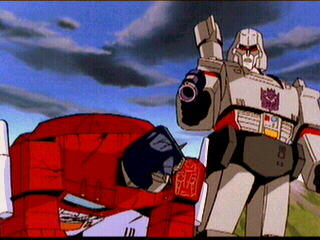 Transformers director Michael Bay has done the impossible. He’s created a wholly modern, action extravaganza while staying completely true to all the things that have ever been good about the Transformers. Alright maybe Optimus Prime didn’t need to have flames painted on him, but that’s such a minor detail in a movie with characters that are quite literally so big.

After the lackluster Spider-Man 3 and Pirates 3, I was beginning to doubt there was going to be a great live-action film that really delivered this summer. The film we saw in the SHAW Bugis’s THX-certified digital 4K projection theater that night – well, it literally rattled our seats and rocked the screen. And it’s a whole lot funnier than you would expect, too.

Otherwise, Transformers is so much like the 80s cartoon many of us loved that it nearly forgets to be cinematic and becomes almost silly. Transformers is astoundingly goofy, but it knows it’s goofy and simply doesn’t care, which is why Bay’s film is so much giant freakin robot fun. There’s no attempt to be serious. That’s not to say the movie doesn’t try to be as real as it can be, after all the goal here is to take giant transforming robots and put them believably in our world. It attempts to seem real, but never at the expense of the essence of what the Transformers have always been. 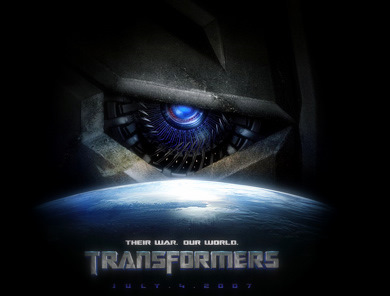 Transformers wastes no time getting right to the incredible robot action we’re all hungering for, and rushes directly from the credits to eye-popping, rampant robot destruction.

What really holds the film together though is that even when it’s knee deep in save the world, all out, brawling in the streets, giant freakin robot war, at the core of everything is the simple story of a boy and his first car. For a man, there are few things more powerful than the relationship he has with his first car.

Once Bay wisely satiates our lust for effects sequences, he gets right to the heart of his story by taking us along with Sam and his dad as they go car shopping. Sam has worked and saved to afford a car, and is disappointed to discover that he can’t afford any better than a clunker. However, his clunker is no ordinary POS, it’s more than meets the eye.

Sam’s relationship with his car, the Autobot Bumblebee is what connects this movie to the audience. The film takes the same formula that has worked so well in other car movies, and applies it to Sam and Bumbelee. Sam develops a strong attachment to his beat up little Camaro, long before he discovers it’s more than four tires and a radio. When he does, because of an old war injury Bumblebee can only speak using beeps and by changing radio stations.

That too works wonderfully, only deepening their relationship as Bumblebee stands up to protect Sam and the two struggle to communicate with one another. Sam’s relationship with his car is brilliantly written, even better directed, and it’s the super glue that holds this gigantic summer blockbuster tightly together when things go mad in a flurry of one-liners and special effects.

Because this is a Michael Bay film, Transformers mixes in the parallel storylines of other characters embroiled in Earth’s sudden alien robot problem. The film cuts between stories, one minute we’re following Sam as his car gets him caught up in a battle that’s way over his head, the next it’s a group of government geeks trying to decode a strange alien signal, the next a group of soldiers under attack from an unknown and evil, alien force of mechanical beings with the ability to disguise themselves as everyday items. 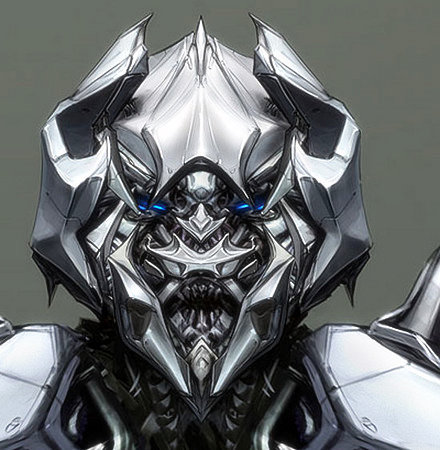 Bay shows his robots in perfect hero poses with blinding sunlight streaming over their shoulders and Optimus talks about loyalty, duty, and freedom like he’s just stepped off an Autobot recruiting poster. In another movie it would be ridiculous, in Transformers it’s the sort of thing you’ll feel welling up in the pit of your stomach.

If there’s any problem with the film, it’s that at 140 minutes it runs slightly long. I’m not proposing that they should have cut back on robots, but some of the movie’s more irrelevant moments involving characters other than Sam could have been truncated without much negative impact. That’s not to say they aren’t entertaining, when the movie’s not wowing you with spectacle it’s pretty good at being flat out funny.

Yes, there’s a couple of funny groaner moments and it gets cliche and borderline cheesy in a scene or two. But don’t let minor quabbles distract (even if the ending doesn’t make total sense), this is a very enjoyable adventure. 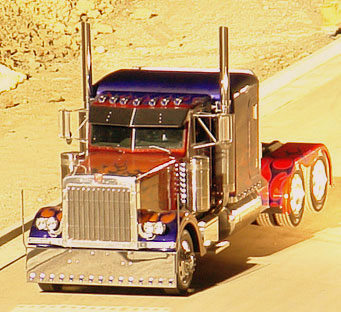 The crowd was applauding when characters were introduced, laughing out loud at all the right parts and gasping when the fierce battles ensued. Industrial Light and Magic, the powerhouse of cutting edge visual effects, will wow you once again. As an action movie it’s a huge success; with awe-inspiring effects, tremendous set pieces, a sexy style, and jaw-dropping things which you have absolutely never seen before in any other movie.

As a nostalgia trip for the kids who were sitting next to me in 1986 the last time these characters were in theaters, it’s an even bigger hit. Like many old school Transformers fans I was incredibly skeptical about what Bay was doing. Much of the early information leaked out about the film just didn’t seem right. We were wrong to doubt.

For you adults and the kid inside who was there back in the 80s cheering Optimus Prime on, this movie is like a rallying cry to your inner child. You’ll want to leap through the screen to stand at Optimus Prime’s side to fight the good fight against Megatron!!

PS: I can’t help but laugh out loud at the jibe thrown towards the scene about the Indian helpdesk !! 🙂

146 replies on “Transformers: More than meets the eye”

You are such a big spoiler for people who haven’t watched it yet!! =p

And hey, Spidey 3 wasn’t that lacklustre what. It just lacked more… Venom… pffft…

“that kind of attitude wont get you anywhere sir”

If Venom were to be added more screen time, it will probably drag to 3 hours. Only people who behave like she-Venom will love that 😛

Yah lah that’s why. It was so damn hilarious!!

Its different now. Real life seems to make them literally larger than life. Those are some heavy weight metals playing hide and seek with Sam’s parents.

“The boy’s parents are irritating. Can I shoot ’em”

LOL.Hahaha yeah you summed up the movie really well.I had a great time watching it with my husband last saturday, whose really a big TRansformers cartoon fan.LOL.

Hmm personally i think its one great movie except that I felt more improvements could be made to the camera angles.I mean like certain battling parts it seems so fast and so close.And that i really have to concentrate hard and tried not blinking my eyes so that i didn’t missed out on anything ;p
On the other note can’t blame it also coz the movie’s created using CGI ;p
Overall thumbs up *winks* 🙂

Hmm ouh yah abt tat Indian guy…its Indian or Arab?
Coz the soldiers were located in Qatar?Tats an Arab country rite?
Lol.hahaha whatever lah kan,but that Indian/Arab guy scene was one of the hilarious snippets of the movie.

Even though Qatar is not in India, the world is outsourcing most of its IT technical call center to … INDIA!!

Must also listen to the accent too. His sounded so typical. Probably because I’ve been dealing with them practically everyday during my course of work 🙂

Katak, that’s a pretty good summary of the whole show. Thumbs up!

Ya man! I was cursing all the way at that call centre part! Siolz! =) luckily Popeye refrain me. hahaha

I’ll wait for Silverhawks, Mask, Visionaries all to come to the BIG theatres..

yeah when o.prime died, it was a harsh way to usher in a era set of Hot Rod & co .. esp for kids. i too cried. shhhh keep it betw us

Yup. I’ll be rooting for Starcom and Thundercats and more importantly BraveStarr to appear too!!! Hahahahaha

My wife is waiting for GummiBears though. Hehe

Yeah unfortunately. Sad moment for all those who live in that era.

In a way, its good to bring back these fond childhood memories aye ?

Dude, i have watched it thousands of thumbs up dude. Lucky i have only 2 thumbs unless i add those on my feet total of 4 thumbs from me. Ur narration of the story really spoils the market dude. Lu boleh kena saman lor.. Hehhe..

BTW, i dun understand last part; When Optimus Prime asked the boy to place the box in his body and shall explode itself together with the boy, but out of sudden, it was Megatron who was about to explode as though its him who was trying to swallow the cube in his body. Sigh, really miss tat out. Any kind audience can explain? Thx in advance.

Dec, the idea of Megatron fell down & got weak wasn’t in the picture of Optimus. That box is damn powerful that it could hit anything when triggered. At that point of time Megatron was half weakened when both him & Optimus fought. Sam was quick enough to think and somehow shove it to Megatron (bodoh punya robot, he cld have just snatch the box instead of approaching near to Sam), close to his so-called “readily open chest”. If you notice, Optimus chest was protected by the so-called muscular chest (padahal the windscreen of the truck before transformed) while Megatron’s wasn’t covered at all.

I’ve watched it twice just to catch up that part and of course, my hero – Optimus Prime. =) he’s hot!

U mean if the box goes to Megatron’s chest, he would died? Hhhmmm..

Bro!! Gummibears! Bouncing here and there and everywhere!!! Hahahah..

I think when Optimus suggested destroying the Allspark using his chest in the alleyway, one of the Autobots told him not to because the Allspark had “raw power” which could potentially kill him. So, I suppose, that’s why when the Allspark went into Megatron, it too destroyed him. (I’m thinking he just got short-circuited and might come back for sequel, who knows?) AhH heck! Gonna watch it again today!

havent caught it yet say… so sad!!!

[…] I was skeptical even after reading katak’s entry. […]